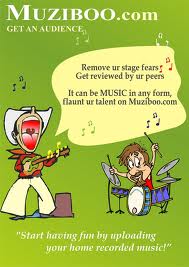 Back in 2007-08, I was totally overworked and burnt out. I remember my wife telling me that I needed to get back into music just as a stress buster. It was around this time I got introduced to Muziboo through Sudeip. I remember how I felt after my first upload and the reading the first few comments shortly after the upload. I felt so happy to know that people actually took the time to listen to my amateur covers and moreover encourage me with positive feedback. Little did I know this was the beginning of something much greater. Over the next couple of years, my life revolved around Muziboo. I uploaded over 200 songs, collaborated on a number of projects with others, learned a great deal about the nuances of singing in different languages and genres, mixing and whole lot more. I even had the opportunity to pass on what I learned to others and mentor some youngsters. But the greatest gift that I received through Muziboo were the friends (too many to list.. you know who you are). Some of my closest friends today are friends I made on Muziboo and we have shared our joys and sorrows together. Muziboo has definitely made me a more versatile singer, not afraid to go out of his comfort zone.

It is sad to note that the site is shutting down, but it is what it is. I want to thank Prateek and Nithya for the community they created and for their hard work and determination to keep the site running through some very difficult periods. You both have a lot to be proud of! Rest assured, Muziboo has a very special place in all our hearts and will never be forgotten!

In my current role as a Sales Engineer covering some of the largest enterprise accounts, I have been preaching about the XenApp and XenDesktop 7.x architecture and benefits for about 1.5 yrs now. While the 7.x architecture was most definitely a step in the right direction, some of the earlier releases definitely had some gaps that needed to be addressed. And I would constantly hear about these gaps from my customers, who would then typically shoot down migration till these gaps were addressed by Citrix. I want to highlight some of the common themes as to why customers were not ready to move to the 7.x architecture and zxhow they’ve been addressed in XenApp 7.6:

No Local Host Cache under the new FMA architecture

In older versions of XenApp, with the Local Host Cache feature, users were able to enumerate and connect to applications and published desktops even if there was a database connectivity issue or a database outage. With the XenApp/XenDesktop 7.x FMA architecture prior to the 7.6 release, a database connectivity issue or outage meant that users lost the ability to access applications and desktops during the period of the outage. While larger customers addressed this issue by investing in highly available SQL infrastructures, smaller customers found this to be cost prohibitive in some cases.

Connection leasing creates a lease file that holds information about a users active session, which is then replicated to all the other controllers within the site. In the event of a DB failure, XenApp and Xendesktop can reference the user’s connection history and provide the user access to a previous connection.

One can argue that the connection leasing methodology is in some ways better than the old local host cache as you no longer have to deal with corrupt/stale cache issues and recreating the cache on all your servers.

This was another feature than was available in XenApp 6.5 and earlier, most commonly used by healthcare customers which enabled users to launch applications without first having to authenticate to Receiver or Storefront, thus enabling users to access applications from any available device. XenApp 7.6 reintroduces this feature. A Server OS based delivery group within XA/XD 7.6 can now be configured to allow anonymous access. However, a separate Unauthenticated storefront store would be required. 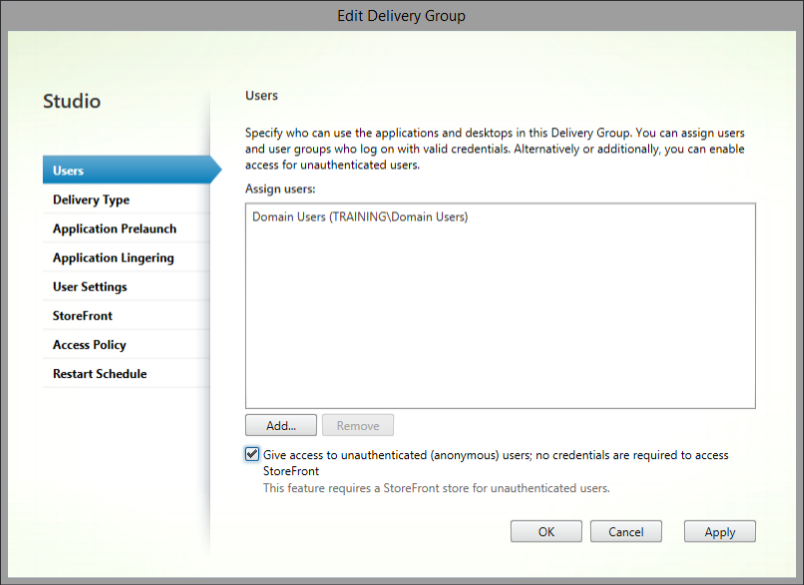 Lack of support for Session pre launch and linger

For any user that is used to running local applications on their desktops and laptops, the first thing they would complain about in a Citrix environment was the launch time for the initial application. Depending on the environment, this could range from 5 seconds to in some cases, minutes. To address this issue, XenApp 6.x introduced session pre-launch and session linger. With this feature enabled and configured, when the user logs in to his desktop and authenticates to receiver, a session is already established. As a result when the user launches a published application, it launched instantly. In earlier versions of XenApp/XenDesktop 7.x, this feature was not available. 7.6 brings back both session pre launch and linger and its stronger than ever with even more configurable parameters (see below) 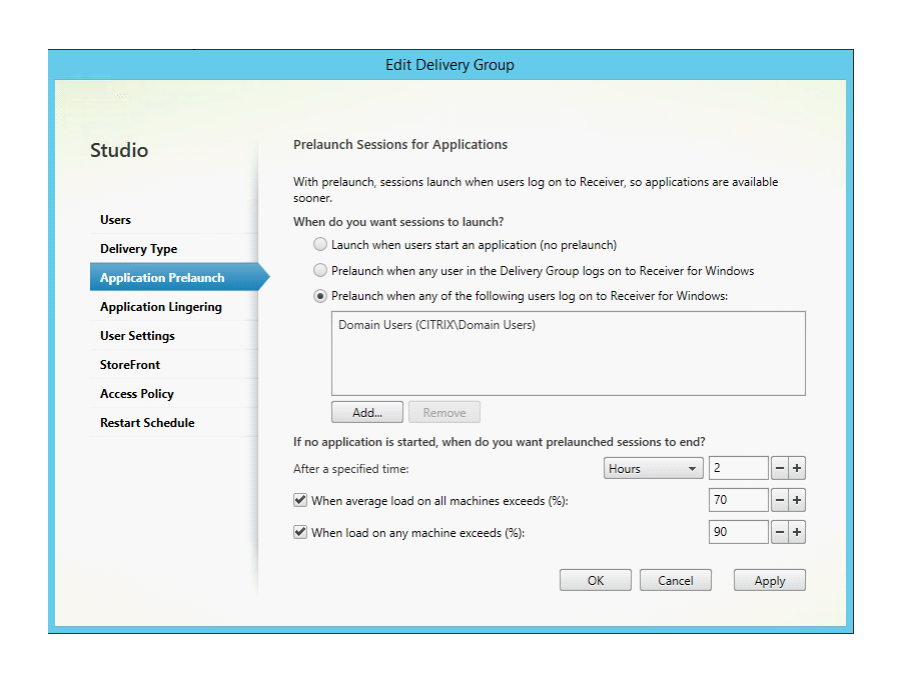 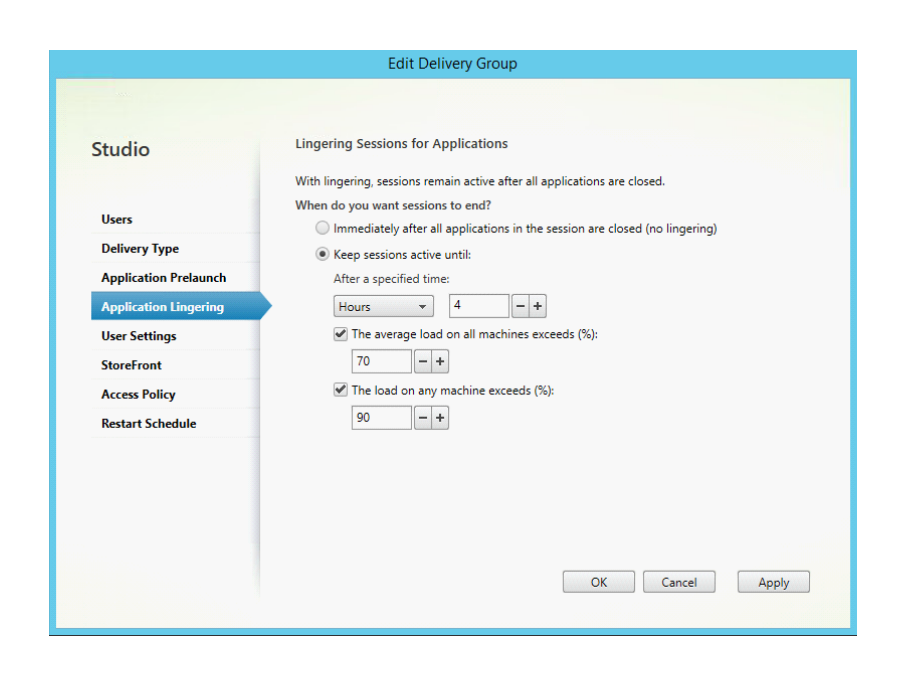 The average enterprise customer typically has hundreds (and sometimes thousands) of applications published via XenApp. Back in the XA 6.x (and earlier) releases, administrators had the ability to create folder hierarchies to organize applications to simplify management of these applications. Also when it came to user access, administrators were also able to group applications in folders based on departments, application suites etc that made things more intuitive for the end users. This feature has been brought back in XenApp 7.6 and should make a lot of administrators (and users) very very happy! 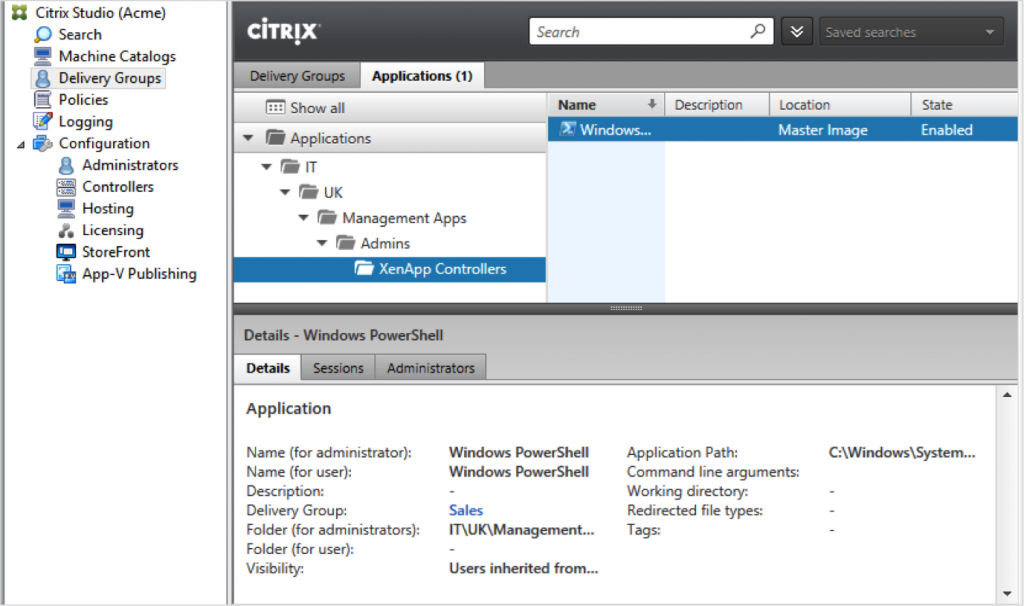 Again, another video that goes over this feature in XenApp 7.6

Back in mid 2013, Citrix introduced the new Edgesight and Director, which was completely rebuilt from the ground up. The new version no longer required a separate infrastructure and is agent less. There was also a lot of focus on incorporating dashboards in order to make it easier for administrators to find the information they need without having to dig through numerous reports. Overall, the redesign of Edgesight resulted in a more intuitive UI, and a reliable monitoring environment with less infrastructure requirements. However, there were some major gaps when compared to Edgesight 5.4. The two that I constantly heard about from customers were hosted application usage reporting and license utilization monitoring. These have now been added to XenApp/XenDesktop 7.6.

You can check out the full list of enhancements in Edgesight and Director here.

For more on Hosted Application Usage Reports, check this blog.

While most applications work easily within a XenApp environment, some enterprise customers still have to support applications that require the end user application instance to have a unique IP address. This was possible in XA 6.x.

With Virtual IP loopback in XA 7.6, the XA server allocates a unique IP address to each session or a specific application, and as a result administrators are now able to support applications that require this functionality. 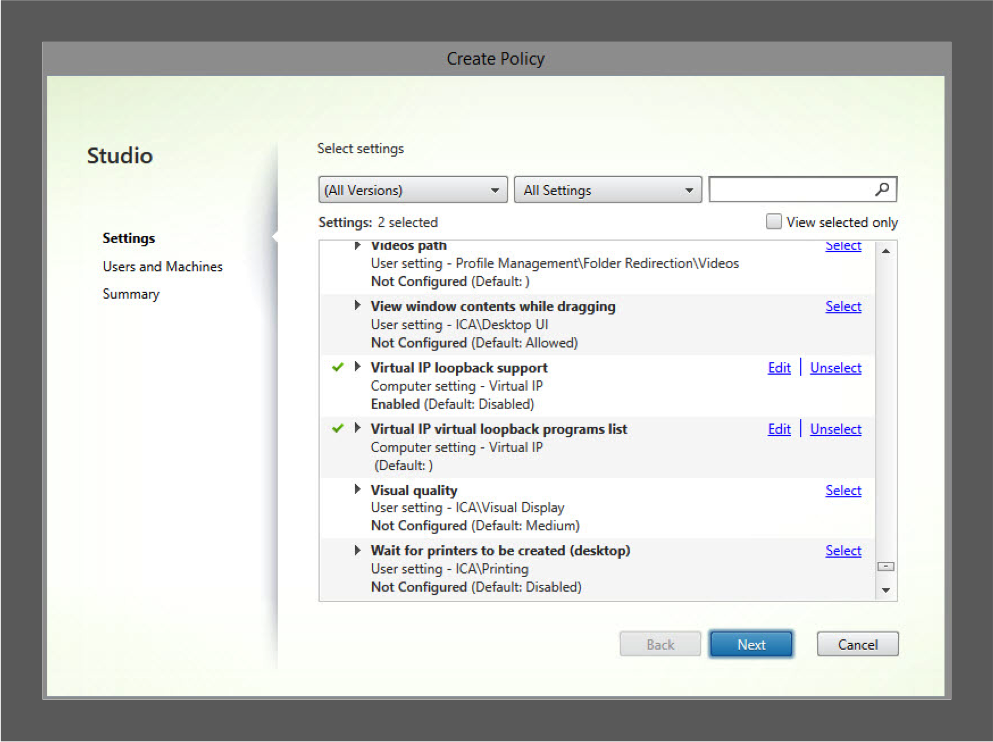 BUT WAIT, THERE’S SO MUCH MORE!

I truly believe that there will be much wider adoption of the 7.6 release because it is so much more than addressing feature gaps and includes a number of key enhancements that further enhance the end user experience, improve scalability and reduce overall costs! Lets take a look at these features:

In addition to session pre launch and linger, some of the other key enhancements that improve the overall user experience include:

Migration Scripts From XenApp 6.5 to XenApp 7.6

The XA/XD 7.6 release clearly proves that Citrix takes customer feedback seriously and makes every effort to make the necessary changes to address the feedback provided! XA/XD 7.6 is packed with amazing new features that make business sense for most enterprise customers. Moreover, most of the significant gaps have now been addressed. I believe XA/XD 7.6 will gain significant adoption. I would strongly encourage every XA customer to take a look at this release, kick the tires in a lab environment and start planning the production migration!

Some resources worth checking out!!